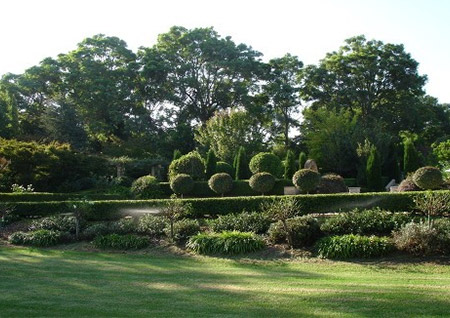 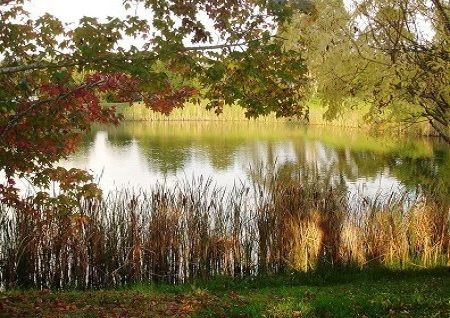 Owners Jenny & Peter Guest were avid gardeners prior to purchasing their acreage in Arcadia. Their first home on a leafy quarter acre block in West Pymble was the start of their passion for landscaping and gardening. 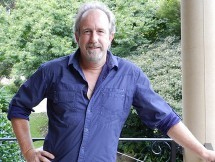 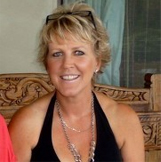 They were drawn to the Arcadian property from a photograph in the local North Shore Times real estate magazine that advertised the land with a view across the lake sized dam towards the house. However in the photograph you could not see the house as it was masked by gums, maples and conifers. Peter remembers Jenny saying “I don’t care if it has a house or not we can live in a shack, look at that dam and those beautiful trees”.

That was 25 years ago. The property was originally owned by the Catts family, famous for their wholesale roses and as such several acres were taken up with the nursery business along with all the infrastructure, pots and irrigation. When they cleared out Peter & Jenny were left with a large vacant parcel of tiered land covered in blue metal stones. Not a blade of grass or plant to be seen. The house however was surrounded with a mature Oak, gardenias conifers and maples providing some relief from the bare landscape where the nursery was.

Peter refers to this section of the property as a “blank canvas” and his pallet from which he could start to create his vision for the design and layout as you see today. They worked as a team with Peter drawing a master plan and pencil sketches of how he envisaged key elements, features and how the various garden rooms should look. Jenny was the plant selector, interpreting the shapes and sketches that Peter had drawn and researching plants, types, colours and varieties that would best fulfil the design and work in certain areas.

During the concept and design phase Peter & Jenny would often go to open gardens to gain inspiration and ideas for their own garden. “ Back then we never thought we would one day be opening our garden for the public. We were just passionate about creating our own vision and a place for our family and friends to enjoy.”

The garden has an overall Tuscan feel with hidden rooms such as a traditional Parterre garden and an oriental garden to be discovered. There is a column walk and paths which lead to bridges (made by Jenny’s dad) that cross over a cascading creek that connects numerous ponds and eventually runs down into the dam.

A special feature is the Ngatiawa chair named after Peter’s Nan who used to sit in the chair on weekends and watch the garden slowly being built around her. 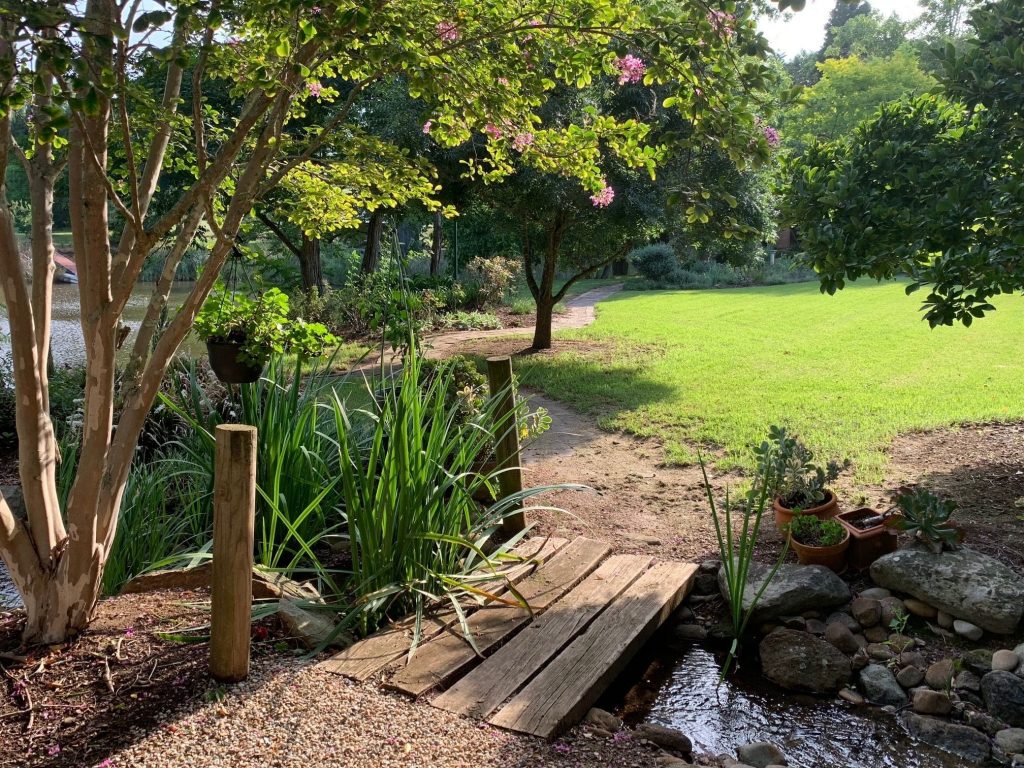 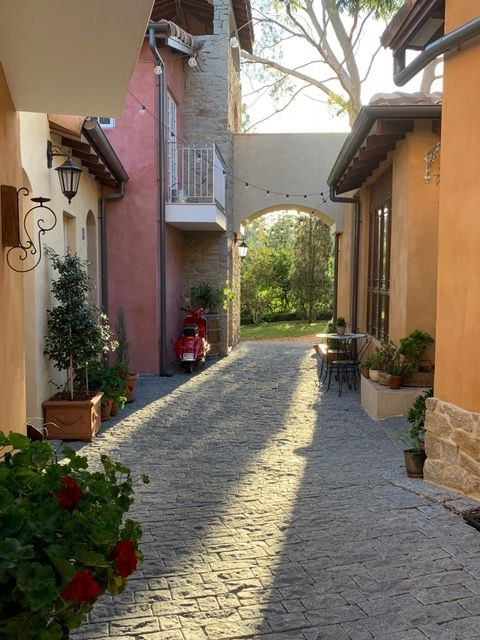 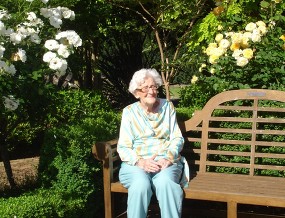 If you sit in the chair you can see many different aspects of the garden from this vantage point and in the background hear the sound of the creek and waterfalls. Whilst everyone called Nan ‘Awa’ her full name ‘Ngatiawa’ is a New Zealand Maori word meaning ‘running water’ and most befitting of the location of the chair.

Jenny & Peter often describe the design as a lifestyle garden. You are forced to walk through it to get to the pool or spa and even the cars are parked in the garage that is a good 200 metres from the house. Peter often answers those who question why they park their cars so far away “ I love the fact that I have to walk though my garden during the night or day, rain or sunshine, winter summer, spring or autumn, it is always changing and I get to immerse myself in it rather than just look at it from the house”

Another novelty feature of the property is the Chess Garden with oversized pieces and playing field, often attracting players of all ages and onlookers. There is also a wishing well and a rustic timber shack with porch suspended over the dam and complimentary resident ducks and birdlife.

The garden has wonderful contrasts of light and shade. Under plantings of hellebores, classic bergenias , azaleas are interspersed with maples under golden elms and robinias. New Dawn roses adorn the column walk with Ice Berg and David Austin ‘Graham Thomas’ roses around the pool bordered with hedges. Bearded Irises and Louisiana Irises also feature.

Inspired by a recent trip to France and Italy, Peter designed and built a vegetable garden with a partere’ style layout however incoporating a rustic feel using old railway sleepers. Jenny can be found most mornings tending to her veggie patch and arms full of produce heading back to the kitchen.

When the garden is open for visiting the owners recommend viewing the garden by starting the walk in an anti clockwise direction around the Italian village inspired house up the stairs to the old Oak tree. Then around past the bell tower towards the large lake like dam past the Chess Garden then to the pool and rose covered column walk and a multiple of choices thereafter for paths to bridges, waterfalls and garden rooms.

Be sure to check out the album with photos taken of the various stages of construction and growth of the garden over the last 20 years. 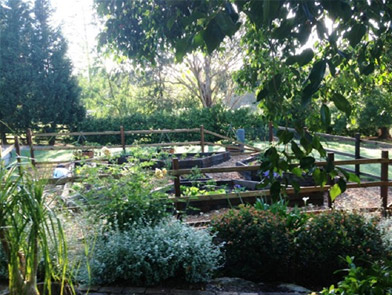 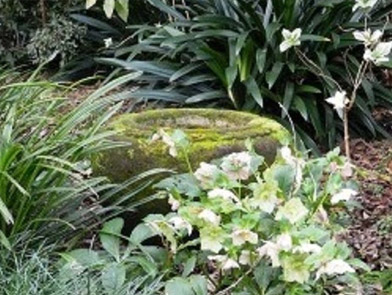 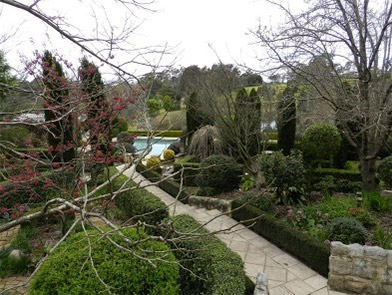 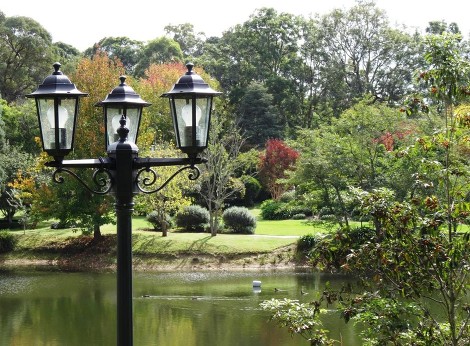